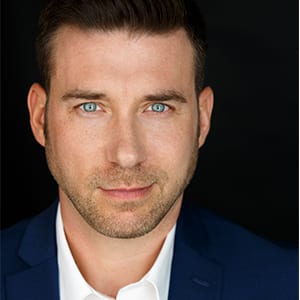 Mike has been a member of the Barrow Group community since 2001. He is an award winning actor who has been seen on television in As The World Turns and Nurse Jackie, in multiple short and feature length films, most recently Life Hack which won the Audience Award for Best Feature at the San Diego International Film Festival and in numerous national network commercials for products such as Coca-Cola, Hellman’s, ESPN and Dr. Scholl’s. He appeared in Grand Theft Auto V as Fabien LaRouche and has been seen on stage regionally and off broadway in various short and full length plays including here at The Barrow Group, most notably in a new adaptation of Henrik Ibsen’s An Enemy Of The People by TBG’s own Seth Barrish & K. Lorrell Manning.