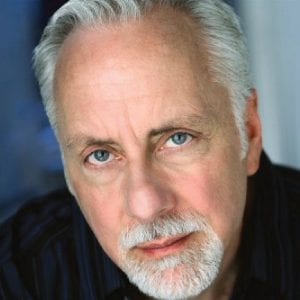 MARTIN VAN TREUREN’S career as a professional actor has spanned over 35 years. During the last 20 he has been part of THE BARROW GROUP which he is proud to call his Artistic Home.  His many appearances in TBG’s productions were: A Walk in the Woods, Enemy of the People, TheBeautiful Dark, Medal of Honor Rag, Sonnets for an Old Century, andUncle Vanya.

On BROADWAY he was in the original casts of Jekyll & Hyde the Musical, Dr. Seuss’ How the Grinch Stole Christmas, A Christmas Carol, Singin’ in the Rain, andMe and My Girl.  His OFF-BROADWAY credits include The Pirates of Penzance(at NYC’s Seaport), Blessing in Disguise, The Miser, Anyone Can Whistle(Carnegie Hall), and Allegro(City Center Encores).  He made his NYC Opera debut as Voltaire/Pangloss in Candide.   Martin has toured Nationally and Internationally in Jekyll & Hyde(Pre- B’way), Grand Hoteldirected by Tommy Tune and Camelotstarring the late Richard Harris.  His many Regional Theater credits include working at The Old Globe (San Diego), The Alley Theatre (Houston), Capital Rep. (Albany), and the Menier Chocolate Factory (London) working with Hal Prince and Susan Stroman on Paradise Found.  TV/FILM:  Ask for Jane, Madame Secretary, The Good Wife, Forever, Law & Order SVU, Jekyll & Hyde the Musicaland Modern Loveon Amazon.

He earned his BA in Theatre at Montclair State University