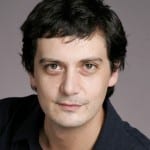 Robert is an experienced coach and teacher, actor and director, and arts administrator and business leader.  He serves as Executive Director at The Barrow Group, and is a Designated Linklater Voice Teacher.

As an actor, Robert has performed regionally with Shakespeare and Company, Berkshire Theatre Festival, Barrington Stage, Williamstown Theatre Festival, SpeakEasy Stage, Actors Shakespeare Project, Publick Theatre, Clarence Brown Theatre, and Stoneham Theatre. In New York City, he has performed in The Hour We Knew Nothing of Each Other at the Five Myles Theatre (OBIE Award Winner: Best Special Work) and Jig Saw at the Dawn-Powell Off-Broadway Festival. He also has performed principal roles in several SAG films, including Dancer and Avarice.

As a stage director, Robert has directed several productions with the award-winning Shakespeare & Co Education Program (Champions of Change award from Harvard University).  He was mentored by stage legend Irene Worth.

At The Barrow Group Group, under his leadership CBS news named The Barrow Group one of the top five acting studios in New York City (Fall 2012). Over a 3-year period, he increased earned revenue by 600% and increased website visits by 1400%.

As a marketing consultant, Robert has worked with several corporate, education and arts organizations on branding, website design, and search engine optimization, bringing many of them to the top page of Google for specific keyword searches.

He is a leader who thrives at the intersection of art, education and business.