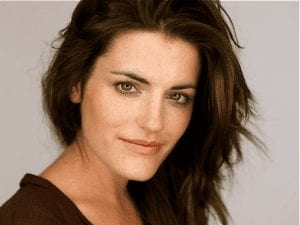 Quinn has directed and performed in NYC, regional theaters throughout the US, and Internationally. She was recently nominated by Broadway World for Best Actress in a Musical in the DC Metro Area for her role of Maria in West Side Story. Other favorite roles include, most recently, Eliza in My Fair Lady, Christine in Phantom, Madeleine True in The Wild Party, Carla in Nine, and Wanda in The Barrow Group production of The Baby Dance. Quinn is co-Artistic Director, and one of the founding members of Core Artists Ensemble, a NYC Theatre Company that sprouted out of a TBG master class in 2012. Quinn is a graduate of Pennsylvania State University where she studied Classical Voice and International Studies.

“My 11 year old daughter just completed a semester long musical theater class with a fantastic teacher, Quinn Vogt-Welch, and had an amazing experience! We will be regulars in Quinn’s class from now on, and the warmth, professionalism, and overall excellence of the Barrow Group’s approach to training young actors and singers deeply impressed this jaded New York mom! Fantastic place to send kids who are serious about musical theatre and acting.”  – Miranda E.