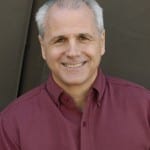 RON PIRETTI is an actor, fight director and director. On Broadway, he has appeared as Officer Krupke in “West Side Story”, regionally as one of the Clowns in “39 Steps” and has appeared in many roles Off-Broadway, TV and Film. He is a Fight Director/Certified Teacher with the Society of American Fight Directors. He has staged the fights for the Broadway and touring productions of “”The Last Ship” (music and lyrics by Sting), West Side Story”, “In the Heights”, “The Performers”, “The Miracle Worker” and many productions in and around NYC. As a director, his projects include “Romeo and Juliet” at Wagner College, “Big Mistake” by Theresa Rebeck at Marymount Manhattan College, “Alwida, the Pirate Queen at Snug Harbor and “Man in the Basement” by Arlene Hutton for The Barrow Group in NYC. Ron has written and directed staged readings on such topics as Vaudeville, Cole Porter, The Gershwins, Woody Allen, Bertolt Brecht and Kurt Weil. He has taught acting and/or stage combat at The Studio in NYC, Actors Studio MFA Program at Pace University, Wagner College and Marymount Manhattan College. He received his MFA from the Goodman School of Drama. He is a founding member of The Performance Arts Project.

“Thank you for a great class. I learned many useful techniques that I can use in my teaching and beyond. It was also a learning experience to observe your patience with the students.”
– Sridevi