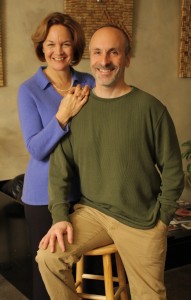 Co-Artistic Director of The Barrow Group
Lee Brock is Co-Artistic Director of The Barrow Group, a multi-award-winning theater company where she has overseen, developed and/or produced over 150 projects. Highlights include: On the Wing, Blue Window, Serenading Louie, Three Sisters, Good, Old Wicked Songs, Trust, God’s Country, Lonely Planet, Tales from Hollywood, Ghost in the Machine, Greetings, Walking the Blond, K2, Split, Off the Map, Stop Kiss, Last Train to Nibroc, Sonnets for an Old Century, Release, Pentecost, Birth Story, Gray Area, The Tricky Part, All the Rage, Enemy of the People. Directing Credits include: Uncle Vanya, The Timekeepers, Orange Flower Water, Art, Save Me, The Pavilion, Abigail’s Party. In 2009 Ms. Brock created FAB (For, About and By Women) a development company dedicated to creating projects for women. This company serves over 100 artists. One of Ms. Brock’s personal missions is to help artists create their own projects. She has acted at The Kennedy Center, Manhattan Theater Club, The Lucille Lortel, Playhouse 91, La Mama e.t.c, and other theaters around the country. Her television appearances include leading roles in Orange is the New Black, Law and Order, Law and Order SVU, and Law and Order Criminal Intent. Lee teaches classes with The Barrow Group. Thousands of students from all over the world have studied with her in the last 30 years. She’s most proud of her two favorite productions, her children, Phillip and Rachel.