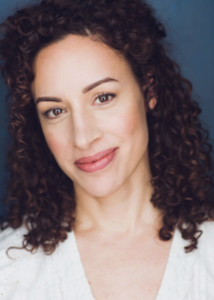 Tricia Alexandro is an actor, voiceover artist, writer, and certified career coach for actors. Tricia began her association with The Barrow Group in 1999 as a student. Since then, she has appeared in numerous TBG productions including EXPECTING ISABEL, SHORT STUFF, THE UNREPEATABLE MOMENT (the NY Times called her performance: "bravely acted...a high point of the show), Lyle Kessler's world premiere of PERP, directed by Lee Brock, and her one-woman show SNAPSHOTS, directed by Seth Barrish. She was recently in the Off-Broadway premiere of Seven Deadly Sins, in a piece written and directed by Moisés Kaufman. Tricia has guest-starred on Law and Order: SVU and on Bull, and she has a recurring role on season 2 of Ed Burns's TV show, Bridge and Tunnel. She loves helping others live the life of their dreams from a place of joy, ease, and possibility.
http://triciaalexandro.com

"I've been meaning to reach out since last Friday to say THANK YOU so much for the wonderful TBG session. Pursuing an acting career can feel so frustrating, confusing, and isolating, and I left that brief session feeling more hopeful and relieved."

"Just wanted to say thank you again for the great conversations and advice on Friday. I've never taken part in any kind of coaching class before and the encouragement and reframing were really helpful!"