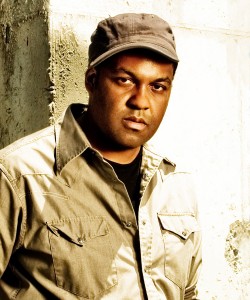 Lorrel Manning is an award-winning writer/director (film/television and theatre), actor and musician. His first feature film HAPPY NEW YEAR, based on his critically-acclaimed play and award-winning short film of the same name, had its World Premiere at the 2011 SXSW Film Festival and has screened at over 25 film festivals since.

Most recently, Manning wrote and directed 3 short films for Guggenheim Studios: THE GREAT LOVE ROSEMARY, PURE & HEART. All three films had their world premiere at the Rhode Island International Festival in August 2016. He is currently prepping his 2nd feature film, along with a couple of shorts.

As a theatre director, Manning has directed over thirty Off-Broadway and Off-Off Broadway productions, most recently a new, critically-acclaimed adaptation of Henrik Ibsen’s AN ENEMY OF THE PEOPLE (co-written with Seth Barrish),  THE UNREPEATABLE MOMENT, and a revival of John Patrick Shanley’s DANNY AND THE DEEP BLUE SEA.

Manning’s numerous plays include A&J RULE THE UNIVERSE (Off-Broadway, 2006), WOOL (New York Foundation for the Arts fellowship), THE GIFT (La Jolla Playhouse, 2007) and the aforementioned AN ENEMY OF THE PEOPLE (Barrow Group, 2017). He is currently developing the theatrical project AWAKE (a collection of short plays and monologues about race). Manning’s other plays have been developed at various theatres throughout New York City, including the Roundabout Theatre, Rattlestick Theatre, the Lark Theatre, and the Barrow Group Theatre Company.

A proud member of AEA and SAG-AFTRA, K. Lorrel Manning holds a BFA in Acting/Playwriting from the University of Georgia, and an MFA in Film from Columbia University.