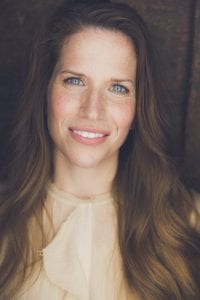 Alyson Schacherer Rutter recently starred in the short films VIDEO, THE GREAT LOVE ROSEMARY and APATHY. She has appeared in: THE KNICK, DAMAGES, and BORED TO DEATH and in the upcoming feature film WE ONLY KNOW SO MUCH. She’s been onstage at The Barrow Group in: SAVE ME by Stefanie Zadravec and THE OFFICE, SWEET PERFUME, POWER FAILURE and THE GOLDILOCKS EFFECT her one woman show, all with FAB Women. Other NY credits include: DARKTIME IN SKIPLAND (The Brick), NO ACT (Living Image Arts) and SCOREFEST (a piece she later directed at Disney’s REDCAT with The Code International). Other directing credits include: THE PAVILION (with Lee Brock), DYING CITY, GRUESOME PLAYGROUND INJURIES, among others. She teaches acting in the San Francisco Bay Area.