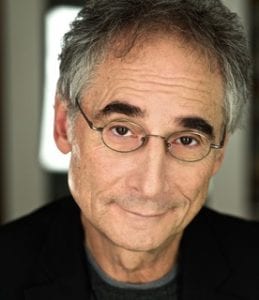 Stephen Singer has performed in numerous critically acclaimed productions at The Barrow Group, on Broadway, Off Broadway, National Tours and Regionally. He last appeared on Broadway with Kevin Spacey and Paul Giamatti in The Iceman Cometh. Other Broadway roles include As Is, and Gemini playing the lead in the long running comedy hit.

On film, Stephen has appeared in Don Juan DeMarco opposite Johnny Depp and Marlon Brando, the indie hit Obvious Child, All Good Things with Ryan Gosslling and Frank Langella, M. Night Shyamalan’s The Happening, Todd Salondz’s Palindromes, It Runs in the Familyopposite Kirk Douglas, The Prince and Me, A Perfect Murder, Abel Ferarra’s cult hit MS. 45,Liebesleben, a German/Israeli indie co-production which earned Stephen a nomination for Best Supporting Actor at the German Film Awards, 2008 directed by Maria Schrader, who also directed him in her internationally acclaimed Stefan Zweig: A Farewell To Europe, and most recently,The Kitchen opposite Melissa McCarthy and Tiffany Haddish.
On television, Stephen has guest starred in numerous television shows including Elementary,The Good Wife, The Sopranos, White Collar, Law and Order(7episodes), Rescue Me, Third Watch(recurring), Ed, the recent ABC mini series Madoff, a recurring role as the Prime Minister of Israel in CBS’s hit series Madam Secretary and HBO’s The Deuce.

Stephen is one of the original members of the Barrow Group, joining the company in 1992. He has been teaching there since 2013.