As actors we work to inhabit the lives of others. In this four-week workshop we will turn to our own lives and stories. The ones that call out from within.  Whatever form our personal narratives take—essay or monologue or play–we will explore together how to uncover the stories that hold power and the skills it takes to shape them.  “Know Thyself,” Socrates counseled. For the performer, this is a wise imperative. The attempt to discover and to tell our own tales skillfully; to bare our souls bravely; might make us better actors. And, perhaps, be our greatest opportunity to mend the world.

Join Broadway Veteran and OBIE and Lortel Award-Winning Solo performer, Martin Moran, in this four week workshop exploring the power of personal narrative for the actor.

Personal Narrative for the ActorDates TBA

Prerequisites: Students must have completed the the Personal Narrative for the Actor Workshop to take the on-going continuing workshop.

Select a date to register 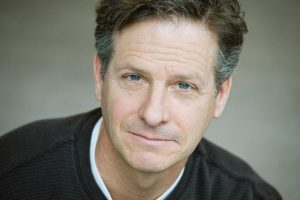 Martin Moran grew up in Denver, attended Stanford University and lives in New York City where he makes his living as an actor and writer. Most recently he completed the Off Broadway run of his one-man play, All The Rage, which received the 2013 Lucille Lortel Award and Outer Critics Circle Nomination for Outstanding Solo Show. He received an OBIE and two Drama Desk Nominations for his 2004 solo play, The Tricky Part, based upon his memoir of the same title. The Tricky Part memoir won the 2005 Lambda Non-Fiction Prize and Barnes and Noble Discover Award. As an actor, Martin’s Broadway and Off-Broadway performances include: Spamalot, Cabaret, Titanic, Bells Are Ringing, How To Succeed…, Big River; Fun Home, (Public Theater) Floyd Collins, (Playwrights Horizons) A Man of No Importance, (Lincoln Center Theater) and Cider House Rules and John Guare’s Three Kinds of Exile at The Atlantic Theater Company. He has performed in many regional theaters including La Jolla Playhouse (Puck), Long Wharf, Williamstown Theater Festival, Trinity Repertory Company and The Intiman Theater. He has also presented his solo work internationally in Poland, South Africa and Canada.

His film and television work includes guest appearances on The Newsroom; The Big C; Possible Side Affects; Private Parts; Law &Order; Law & Order Criminal Intent; Dellaventura and Mary and Rhoda. He wrote the Book and Lyrics for the 2012 “Inner Voices” solo musical, Borrowed Dust, with composer Joseph Thalken. His writing has appeared in Ploughshares and Pushcart Prize. He was awarded a fellowship at The MacDowell Colony and is a recipient of a New York Foundation for the Arts Grant for Creative Non-fiction. He is at work on his next book, Analphabet.