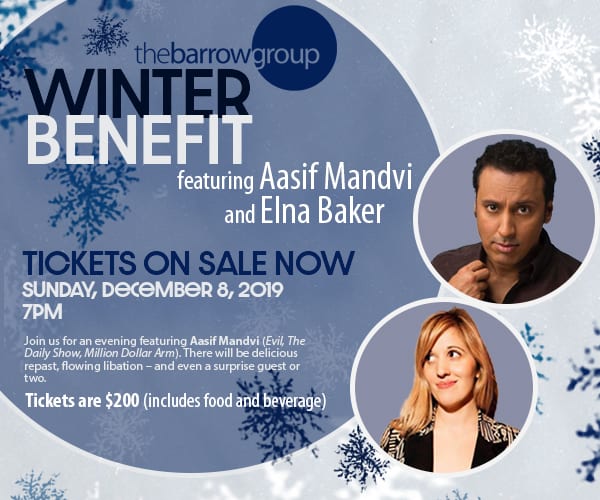 Join us for an evening featuring Aasif Mandvi (Evil, The Daily Show, Million Dollar Arm) and Elna Baker (This American Life, The Moth Radio Hour, Prairie Home Companion). There will be delicious repast, flowing libation–and even a surprise guest or two.

With your ticket purchase, you are supporting The Barrow Group’s ability to offer affordably priced theatrical productions, developmental readings, and community events, which we hope enrich lives. This is a one-night-only event!

Can’t make it– but want to donate? Click here 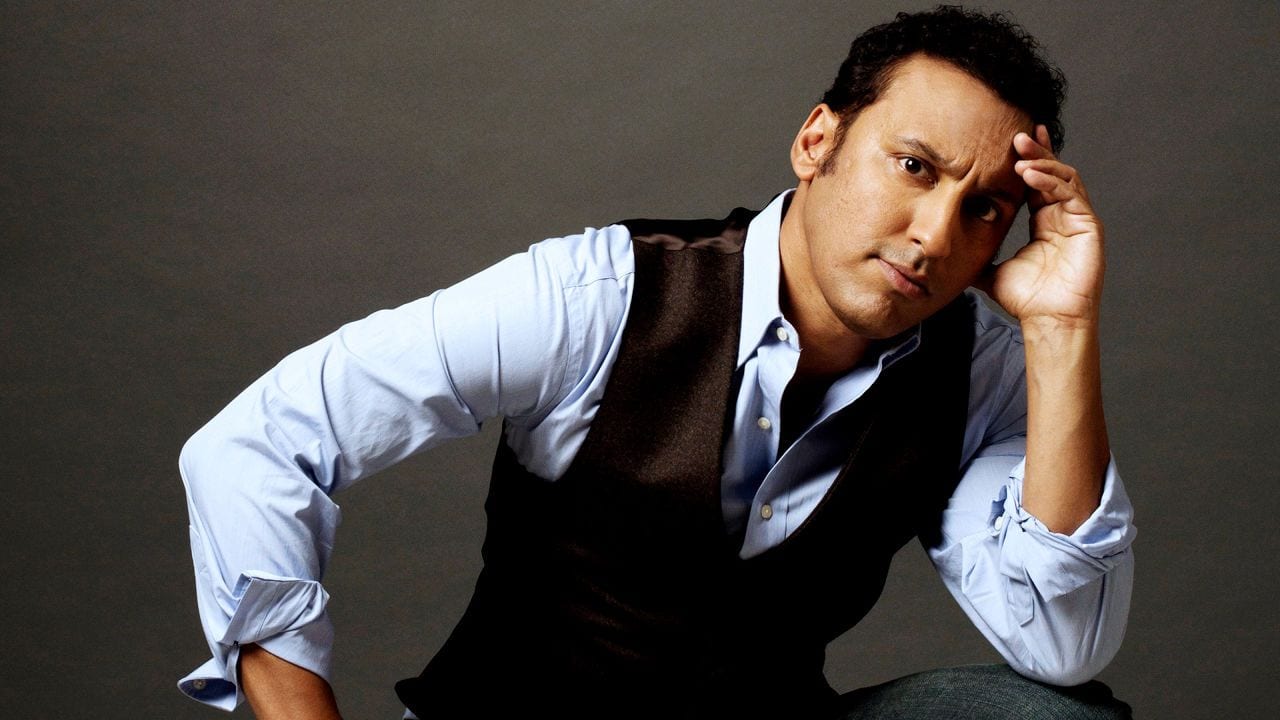 Widely known for his work as a correspondent on the Emmy Award-winning The Daily Show with Jon Stewart, Aasif Mandvi got his start in New York theater. Along with his acting teacher, Wynn Handman, he developed and created his critically acclaimed one-man show, Sakina’s Restaurant, for which he won an Obie Award.

Mandvi received rave reviews for originating the role of Amir Kapoor in the Pulitzer Prize-winning play Disgraced at Lincoln Center. Additional stage credits include the Broadway revival of Oklahoma, Suburbia, and Brigadoon.

His feature film credits include Drunk Parents, Mother’s Day, Million Dollar Arm, The Internship, It’s Kind of a Funny Story, The Proposal, Ghost Town, Music and Lyrics, Spider-Man 2, Analyze This, and The Siege, among many others. Also, he co-wrote and starred in Today’s Special, which premiered at the London Film Festival and won the Audience Award at the Palm Springs Film Festival.

His television credits include a recurring role on Blue Bloods, This Way Up, Younger, A Series of Unfortunate Events, and Shut Eye, among others. Also, he was a host on National Geographic’s Years of Living Dangerously, which addressed climate change, and he wrote, produced and starred in The Brink on HBO.

Online, Mandvi co-created and starred in the Peabody Award-winning web series Halal in the Family, which addressed Islamophobia through parody and satire and garnered over 500 million media impressions within days upon launch.

In addition, Mandvi is an author of a collection of personal stories, No Land’s Man, for Chronicle Books.

Mandvi was born in Bombay, Maharashtra, India, and grew up in Bradford, England, and Tampa, FL. He is a graduate from University of South Florida, where he majored in theater. His birthday is March 5. Follow him on Twitter and Instagram @aasif.

Elna Baker is a writer and comedic storyteller. She’s a regular contributor on This American Life and has appeared on The Moth Radio Hour, Prairie Home Companion, BBC Radio 4, All Things Considered, WTF with Marc Maron, Studio 360, The Joy Behar Show and in the book The Moth: 50 true stories. 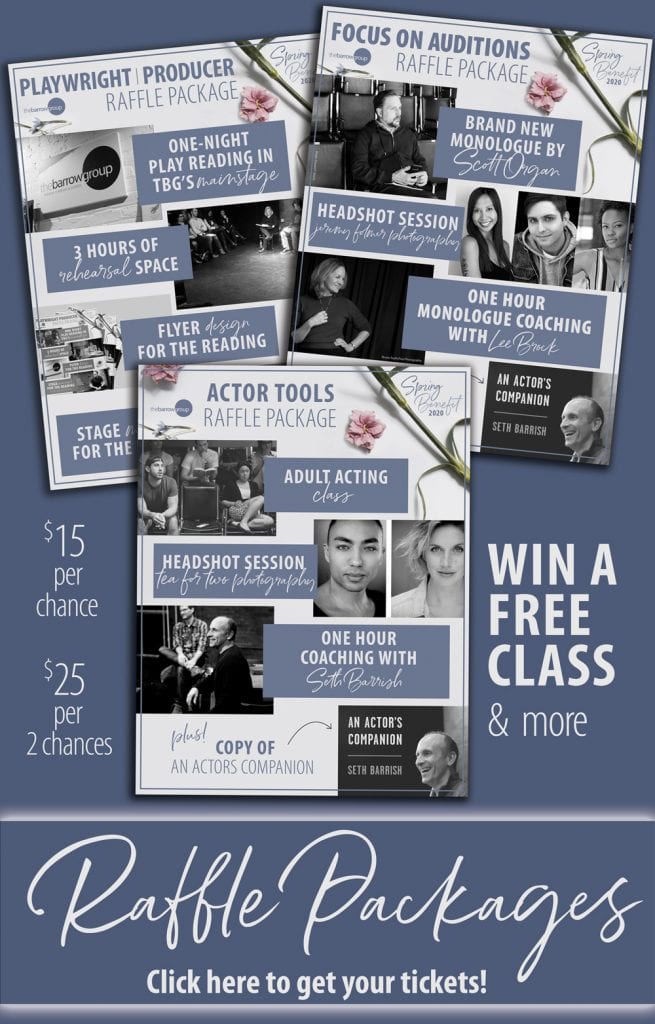