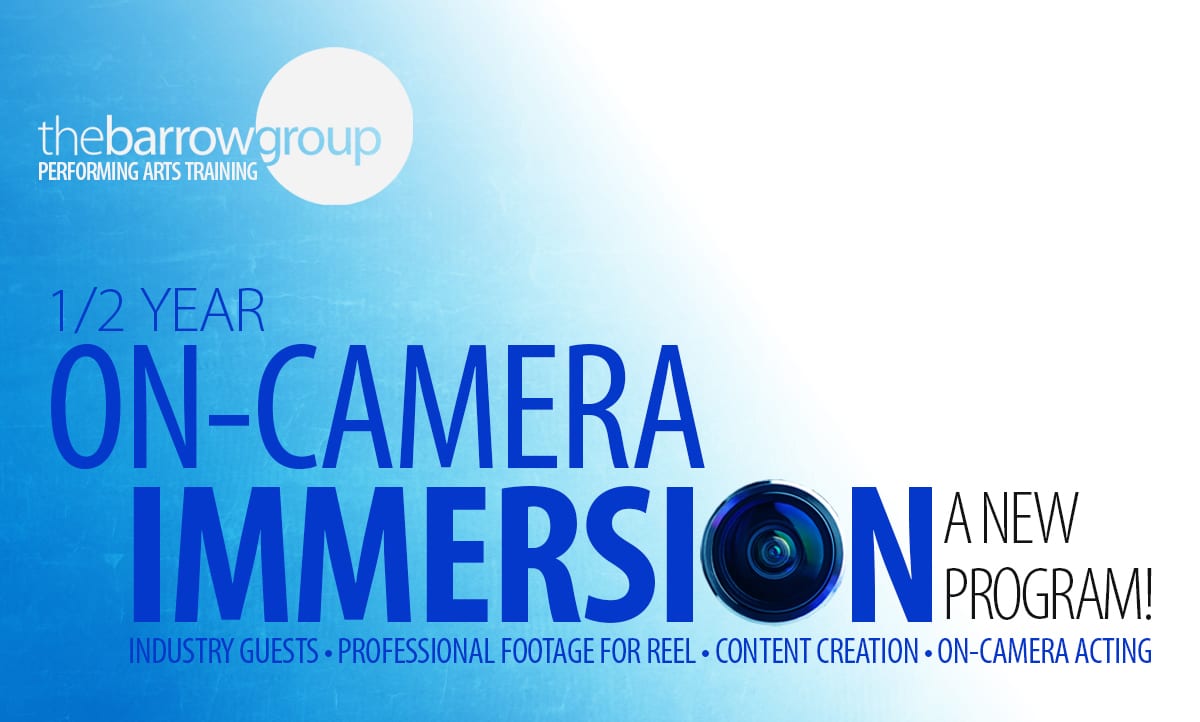 This program is designed to provide an immersion into the craft of acting on camera, creating film content, and culminates in a professional film shoot to provide each student with a short scene to be used for a reel. The program is taught by TBG-trained teachers, as well as various industry guests to bridge the gap from training to profession.

Acting and Audition Technique: In the first 6 weeks, students will work on camera with film/tv scripts as The Barrow Group acting tools are introduced. These tools, as found in Seth Barrish’s book An Actor’s Companion, highlight quick and powerful ways to make your performance more natural and spontaneous. Next, students focus on prepared and cold read audition techniques by working with lead, guest star, and under-5 roles using film/tv scripts. The students will review material filmed in class during a playback session.

Industry Guests: During the next 5 weeks, students are introduced to industry professionals to bridge training with working professionally. Guests will include: a film/tv director who will help students to transition from classroom work to working with a director on set; an editor who will provide an overview of the editor’s role on a project; a script supervisor who will explain how actors work with them on a set and give tips as to how actors can avoid continuity issues when filming.

To support the students work as content creators, industry guests will include: a director of photography who will give an overview of their work and detail what they need when working with actors; an editor will provide a hands on crash course in editing basics; a screenwriter will teach sessions on writing for on camera; a film/tv producer will share the basics of getting your project organized and completed.

Content Creation: During the next 7 weeks, students will explore content creation and filmmaking. Students will shoot 5 scenes/shorts with different teams, giving them hands-on experience with script writing, producing, directing, acting, and editing short scenes. The first two scripts will be developed and filmed in class, with an industry guest facilitating. The three following scripts are shot outside of class with an industry guest providing feedback on each group’s work.

Material for a reel: The program culminates with students working on a professional set, where they will be filming  1-1.5 minutes scenes written specifically for each student, that can be used for their reel. The class will screen the final scenes at TBG.

Teachers and Industry Guests May Include: 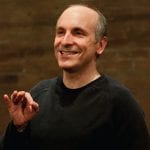 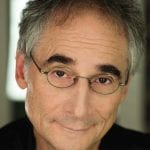 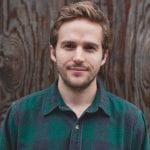 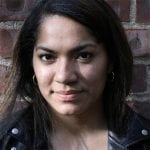 Assistant Director credits include;  The Marvelous Mrs. Maisel (Amazon), Godfather of Harlem (Epix), The Miseducation of Cameron Post (with Chloe Grace Moretz) and I Feel Pretty (with Amy Schumer). Script Supervisor credits include; Who Wants to Be a Millionaire (ABC).

Credits include; Billions (Showtime), Ramy (Hulu), The Pirates of Somalia with Al Pacino and Melanie Griffith, and Z for Zachariah with Chiwetel Ejiofor, Chris Pine and Margot Robbie.

Em is a writer and a director of new plays, films, musicals, and interactive installations. At Yale School of Drama, Em directed the first workshop production of Slave Play by Jeremy O. Harris, an all-female, pop-infused Romeo & Juliet set in a Catholic high school, and In the Palm of a Giant by Christopher Gabriel Nύñez as part of the New Play Lab. Em’s thesis production, Arden (or shakespeare’s as u like it), was an immersive musical co-written with Michael Breslin that explored queer utopias and featured original songs by Julian Hornik. Em’s short film Candace has played at festivals worldwide including the Mill Valley Film Festival, Outfest, the Rhode Island International Film Festival, and the American Pavilion Emerging LGBTQ Filmmakers Showcase at the Cannes Film Festival, where it won Best Film. Prior to grad school, Em’s work included Dreamland, a 1:1 installation that explored audience agency in interactive narrative environments, and the 18-month national tour of Madeline Burrows's Mom Baby God. Em graduated summa cum laude from Smith College, is an alumnus of the Drama League Directors Project and is a New Georges Associate Artist. Em is currently in their final semester at Yale School of Drama where they’ll receive an M.F.A. in directing in May 2019.

Writing Credits staff writer on The Opposition w/ Jordan Klepper on Comedy Central and Head Writer for Comedy Knockout on TruTV. In addition, he has written for The CW, IFC, TruTV, MTV, HLN, Discovery, Nickelodeon, CMT and Fox Sports 1. 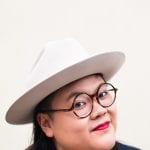 TV Credits include; The Undoing (HBO) featuring Nicole Kidman and Hugh Grant, When They See Us (Netflix). Film credits include: Uncut Gems, and The Kitchen. www.christineng.com.

Applications are currently being accepted for the Winter 2020 Program.

Step 2 - Audition
Once an application has been received you will be contacted to schedule an audition.

Cost: $3,995
A deposit of $1,500 is due upon registration. A payment plan for the remaining balance can be scheduled.