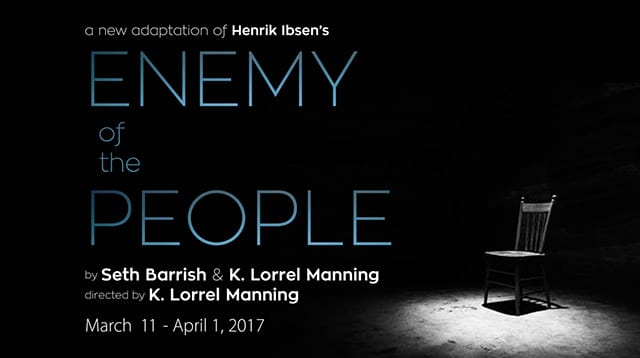 Enemy of the People

“The streamlined production is done in period costume but feels thoroughly modern as it brilliantly shows how a simple truth can become twisted and distorted.”
The Daily Beast

“Today, more than a century later, we still find Ibsen’s social drama as disturbingly relevant to current social and political concerns as the morning headlines. This has often struck me in attending revivals of these plays, but perhaps never more profoundly than in the new adaptation of ENEMY by The Barrow Group.”The Ibsen Society of America

ENEMY OF THE PEOPLE is the world premiere adaptation of Henrik Ibsen’s classic about a scientist who takes on his hometown after discovering an environmental catastrophe. Utilizing story theater elements and a revised structure, this adaptation centers on a fundamental question that’s as resonant now as ever: Does democracy work?