K. Lorrel Manning's timely new play AWAKE boasts a cast of fifteen people from all walks of life engaging in intimate, life-changing conversations around the polarizing issues of the day, such as race relations, gun violence, police brutality, and immigration policy. AWAKE, captivating as it is provocative, puts its finger on the pulse of America’s division.

K. Lorrel Manning (writer and director) is an award-winning writer/director, actor and musician. As a theatre director and playwright, recent projects include a new, critically-acclaimed adaptation of Henrik Ibsen's An Enemy of the People (co-written with Seth Barrish), The Unrepeatable Moment, and a revival of John Patrick Shanley's Danny and the Deep Blue Sea.

As a filmmaker, Manning recently wrote and directed three short films for Guggenheim Studios: The Great Love Rosemary, Pure & My Father’s Heart. All three films had their world premiere at the Rhode Island International Festival (RIIFF). His first feature film Happy New Year, based on his critically-acclaimed play and award-winning short film of the same name, had its world premiere at the 2011 SXSW Film Festival, won multiple awards in the U.S. and abroad, and was released domestically by Snag Films.

Manning holds an MFA in Film from Columbia University – School of the Arts and BFA in Drama from the University of Georgia. He is an Adjunct Professor in Theatre at Sarah Lawrence College and teaches screenwriting, filmmaking, audition technique and advanced on-camera acting at the Barrow Group School. 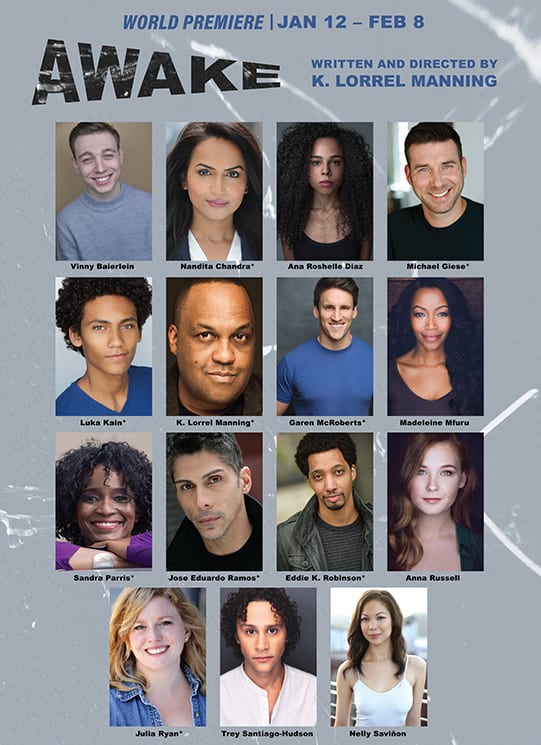 Vinny Baierlein is very eager to make his Barrow Group mainstage debut. He has been performing since he was eight years old, and recently moved to NYC from Coral Springs, FL. Being a patron of the arts, and a children’s theatre educator, Vinny spends his summers working at Next Stop Broadway summer camp.

Hailed by critics as “wickedly funny” and “all verve and attitude,” Nandita Chandra* is a multiple award-winning Off-Broadway favorite. She was last seen on stage at The Guthrie Theater. She’s delighted to be a part of AWAKE at The Barrow Group. She received her MFA from The New School for Drama.

Ana Roshelle Diaz got her start at the Stella Adler Studio of Acting but has also been coached by Anthony Abeson, Larry Moss, and Sam Schacht, former dean of the Actors Studio Drama School. Ana has also had the opportunity to also learn from Ellen Burstyn and Estelle Parsons. TV Credits: CBS’s Madam Secretary and BULL; Netflix: Orange Is the New Black.

Michael Giese is an award-winning actor, who has been seen on television in As The World Turns and Nurse Jackie, in multiple short and feature length films, most recently Life Hack, which won the Audience Award for Best Feature at the San Diego International Film Festival, the upcoming comedy series Eden and in numerous national network commercials. He has been seen on stage regionally and Off-Broadway in various plays including at The Barrow Group, most notably in a new adaptation of Henrik Ibsen’s An Enemy Of The People by TBG’s own Seth Barrish & K. Lorrell Manning.

Madeleine Mfuru hails from Tanzania by way of New Jersey.  She is honored to be a part of the world premiere of AWAKE on the Barrow Group Main Stage. Her recent theater credits include: The Passion Of Kellyanne and Heart & Soul Yoga Beirut.  Maddy has acted in various short films and shot her first television pilot in June. www.madeleinemfuru.com

Sandra Parris* belief in the magic of the stage has led her to perform in a variety of plays, musicals, and operas in the United States and Europe. She is happy to be working at The Barrow Group and thrilled to be a part of AWAKE.

Jose Eduardo Ramos is a current student at The Barrow Group with Lee Brock. He can be seen in the film Convicted playing the role of Benjamin on Amazon Prime. He’s the lead Detective Oliva in the upcoming feature True Drama and the antagonist Santos in the web series Bully. He’s currently wrapping up the action short Revolvr in which he plays the lead character “Alain”.

Anna Russell is an actress, writer, and producer. Her short film An Air About Her screened at film fests, including Toronto Short Film and Adirondack Film Festival. All of her Off-Off-Broadway and film credits can be seen in their digital glory at www.annacrussell.com.

Julia Ryan* is grateful to be working with the talented team at TBG again. Over many years, she has acted in readings, plays and has contributed as a writer and solo-show creator. Feature Films: Tell Tale, 12 and Holding, Peepers. Shorts: Patricia on Her Birthday, Stand Up for Bastards. TV: Stankervision, Wonder Showzen. Off & off-off productions, stand-up, cabaret/singing, commercials and VO. Northwestern University, Gately-Poole Acting Studio and more. www.juliaryan.net

Trey Santiago-Hudson is delighted to make his Off-Broadway debut at The Barrow Group. A recent graduate of Binghamton University where he was featured in several MainStage productions. His favorites include: The Motherfucker with the Hat, A Lie of the Mind, Belleville, and Tartuffe. Trey also appeared in the independent feature, Vineyards, which is slated for a 2019 release.

Nelly Saviñon (U.S. Air Force veteran) is an actor and writer based in New York City. In theater, she made her acting debut in 2016 as Roberta in Danny and the Deep Blue Sea.  She was also in the musical, Blueprint Specials, which was part of The Public Theater's  Under the Radar Festival 2017 at the Intrepid Museum.  Her film credits include: An Air About Her, The Actor, The Big Time, My Father's Heart and The Light of the Moon, which is a SXSW 2017 audience award winner.  Her latest web series include:  The Accidental Wolf and Conversations in Apartment 3A. 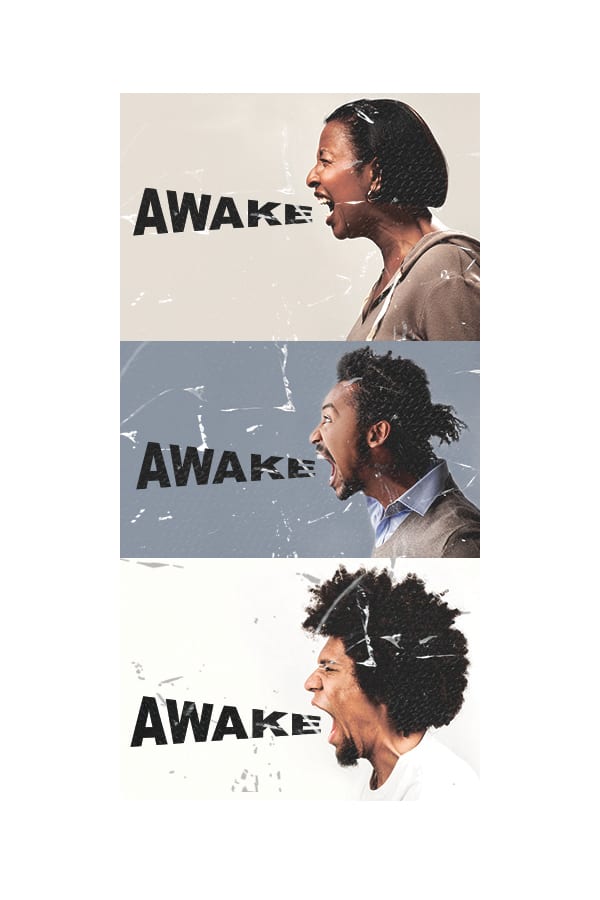